The Tri-State’s Only No-Kill Animal Shelter

On October 21, 2013, Little Victories lost a shining star when founder and president Sue Brown lost her battle with cancer.

A lifelong animal lover, Sue followed her dream and founded Little Victories in 2003, just weeks after the death of her cocker spaniel Chloe. Little Victories became her greatest love and the labor of her life, and she pursued it with unmatched dedication and passion, inspiring hundreds of volunteers. The reward? Her greatest joy was placing one of her rescue dogs into a loving home. In her 10 years running Little Victories, she was a passionate advocate for homeless, injured, abused, and abandoned animals, and was responsible for saving thousands of lives. Each of these lives saved, she believed, was a little victory.

Here is her story.

Chloe and Biscuit: The Dogs that Inspired Little Victories

A Story from Sue Brown, Founder of Little Victories 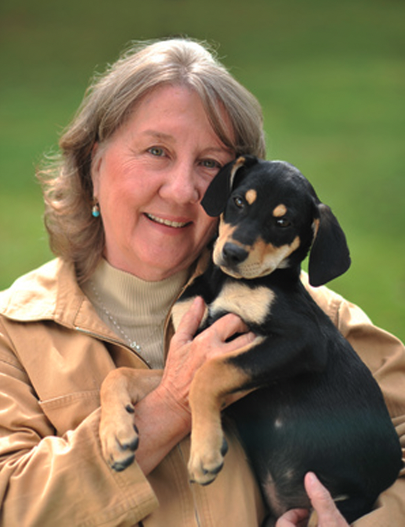 In the spring of 2003, I was struggling with the fact that my beloved cocker spaniel Chloe, was dying. At the same time, someone dropped what I thought was an old dog up our road. I drove up with a can of food and a leash and tried to get the dog. She was scared, matted, and smelly. She had cataracts, a cherry eye, and was starving. I thought she was an old dog that had been dumped to die.

I finally got her into the car and fed her. She ate voraciously then jumped around like a young dog. She was sweet, happy, and a very funny little girl—even though she was so bedraggled. We took her to be bathed and groomed and then to the vet. The vet said she had juvenile cataracts (found in young dogs), a cherry eye, ear mites, fleas, worms, and countless other things. But she was only two years old!! And she was a gorgeous black cocker spaniel.

I felt I could not bring her into the home with my sick dog and I knew this poor little dog would be put down if taken to the shelter. I contacted New York Cocker Rescue. They took Biscuit—her new name!—to New York where they did all her surgeries and medical work. Two months later, I received a picture of Biscuit in her new home in Pennsylvania and she was wearing her Easter bonnet!!

All of this was an awakening to me. I knew this was what we needed in our area—and that the little dog would have died without the New York Rescue. So, when my dog died, I channeled my grief into starting Little Victories. I did this because my own love of animals and especially my love for Chloe had taught me so much about the needs of our wonderful homeless dogs and cats.

So Little Victories was really founded by a cocker named Chloe and another little cocker named Biscuit. Coming from two very different homes and histories, their wonderful shining personalities inspired a new Hope for all animals in our area. That was how it all began.

A few weeks after Chloe died, four people met in my home and the original plan for Little Victories began…